The hour of departure arrived. One by one, bikes started pulling into the driveway of my house in Denton, Texas. There was Stephen on his black ’96 883 Sportster, which, at 15 years old, was the baby among our old Hondas. Hunter rolled up on his ’70-something CL350 with its myriad of slapdash innovations holding it together. The last to show up was Clay on his $240 CB360. The front brake was missing. He gave up on trying to fix it and decided to leave town without it. However, more concerning than the absence of a front brake was the oil leak that looked like an arterial bleed. In the few minutes it took him to shut it down, his old Honda — not the Harley — had poured oil all over the driveway. After attempting some duct tape repairs it was clear there was no way he was making it all the way to Austin on that!

In the days leading up to our trip, those of us with old Hondas fiddled with setting points and static timing. We did last minute carb adjustments and oil changes to try and get our middle aged machines in the best shape possible for the 275 mile journey ahead. I spent hours in the shed behind the house dialing in the bike I built about a year earlier. It was a ’72 Honda CB350. I bought two bikes, one CL and on CB and combined them to make one bike. I built it in a café style with ace handle bars, a bump stop seat upholstered with a leather jacket and ludicrously loud mufflers. I poured a lot of heart and soul into this bike and it paid me back in kind with unforgettable memories.

With our bikes in the best condition that shade tree wrench twiddling could put them in, we waved goodbye to Clay and rolled out one man short. We selected a route that intentionally avoided the interstate. It would take longer, but would be easier on those of us with fewer cc’s to work with. We hadn’t even made it out of town when my shiny machine started acting up, spitting and popping when I approached 60 mph, making any greater speed impossible. The issue, a recurring one, was back with a vengeance. There was a mysterious air leak in my left hand carburetor that that was only remedied by nestling my knee against it. Otherwise, it would cause that cylinder to cough and sputter. (I didn’t learn until after I sold the bike that it was a throttle shaft seal.) I signaled for the guys to pull over. We hadn’t even made it out of town and I was already broken down. I fiddled with it, but nothing was obviously wrong. There /was a brief debate on whether to turn around or not and in the end I elected to just ride it all the way to Austin the way it was. I mean, how long could it take?

Thankfully, this was the last big issue with my bike. Hunter’s bike was another story, though. One thing after another had us pulling over. It was something like 10 times in the first hour. I think this ride was the first time he really tried his bike at speed. Before this, it was shakedown runs around the neighborhood and tuning the bike while on the mainstand. There were stops for timing issues. There were stops for carburetor issues. There was an ominous oil leak that began to grease the back half of his bike.

Stephen is a wonderful friend with loads of virtues to his credit, but patience isn’t really one of them. I’ve seen him explode with rage in a traffic jam. His bike was running flawlessly and it had the power and comfort to take the interstate. I kept looking at him during each unplanned stop expecting a meltdown. He displayed loads of patience which, frankly, I found a little unnerving. He later disclosed to me that he found a “really cool screwdriver” on the ground which pacified him. 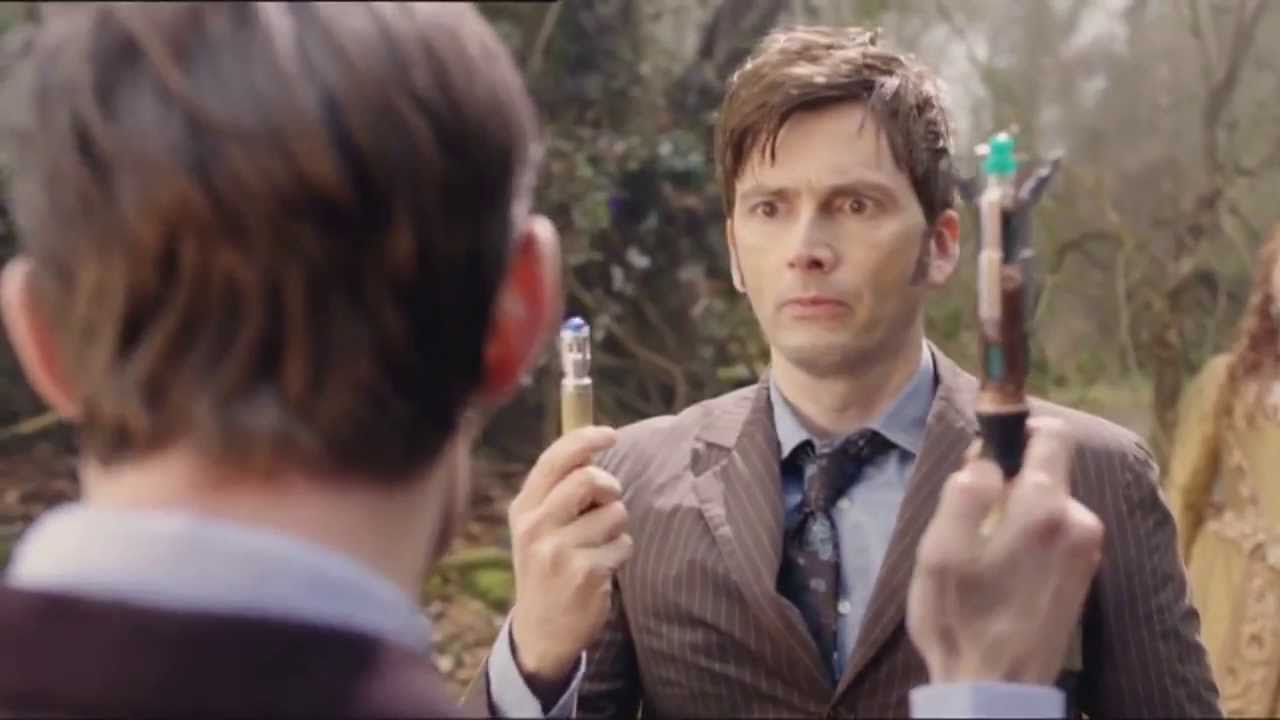 We managed to make it to Grandbury, where we pulled into an Autozone next door to a Jack in the Box. Hunter went into the store while Stephen and I went to order fast food. We sat and ate while he searched. In the end, he couldn’t find what he needed. So, full of greasy tacos, we cranked up the bikes merged onto Highway 144 heading south.

Hunter’s mom lived a short twenty minute ride away, so we stopped by her garage to iron out the last of the issues with his bike. The sun was shining and the grass in the yard was green and inviting. Stephen stretched out under a tree as Hunter and I went to work on the Honda. When Hunter pulled out a drill and started going to town, I looked over to see an all-is-lost look in Stephen’s eyes. His patience was finally wearing thin and he was ready to leave Hunter and Glen Rose behind.

We managed to get the bike all buttoned up in about an hour. All we needed was one bolt to complete the repair. We stopped on the way out of town to scour the bolt bins at Ace Hardware. The only thing we could find to fit was a chrome plated Allen head bolt.  After installing it in the parking lot we joked that his bike was all blinged out and couldn’t possibly break down again.

At last! We finally felt like the last issues with Hunter’s bike were nailed down. The three of us blasted out of town as the sun was setting on our right. Stephen and Hunter rode side by side and I cautiously brought up the rear, waiting for the next thing break down. We cruised along the unlit roads at 65, all bundled up against the frigid night. All the bikes were running fine and we were in the groove riding in the left of the two southbound lanes.

I started feeling playful and thought I’d have a go at passing my buds. My Honda leapt forward as I weaved into the right lane and poured on the throttle. I was riding the dotted line when, in a flash, a huge deer corpse flew by me. She was lying in the center of the lane. Her big, white belly showed bright for a split second in my head light. I saw her black eyes staring at me from the other side, and her creepy front legs stretched out toward my bike as if to grab me. All this was over in a split second, like a single frame movie. I decided not to pass them after all and fell back behind my friends.

I missed that deer by a matter of inches. It rattled me down to my core. The rest of the trip to Austin was incident free, but I couldn’t shake the thought of instant death on the road and “What if I hit its belly?” We even ended up taking the interstate. We arrived at our friend Les’s apartment cold, numb fingered and weary. Les asked, “Did y’all plan to dress like that?” Apparently, we all put on matching clothes and only noticed when we got to Austin.

We went out to party on Sixth Street but nobody had the heart for it. That is, nobody but Hunter. He downed the margaritas like they were going to run out. We crashed on the couches and on the floor that night. The next day was spent resting, eating and preparing the bikes for the ride home.

Stephen decided we were taking the highway home. It was a four hour high speed shot north on I-35 through Ft. Worth. I set the timing and looked my bike over one last time in the parking lot and we let out. My little 350 ran like a scalded cat up the interstate on-ramp and we were in business. We rode straight through, only stopping for gas and once to rest. The ride down was punctuated with frequent stops, so fatigue really wasn’t a factor for me. The ride back was a different story. Three hours in, my shoulders, back, wrists and posterior hurt from the riding position of my café. I had a full face helmet, but the wind noise was terrible and it was made worse by my outrageously loud exhaust that exited under my heels. It was like being screamed at for four hours, and I couldn’t slow down because doing so meant riding behind Hunter and the oil mist coming off his bike. By the time we got into Ft. Worth traffic I was ragged and still had 40 minutes ahead of me. 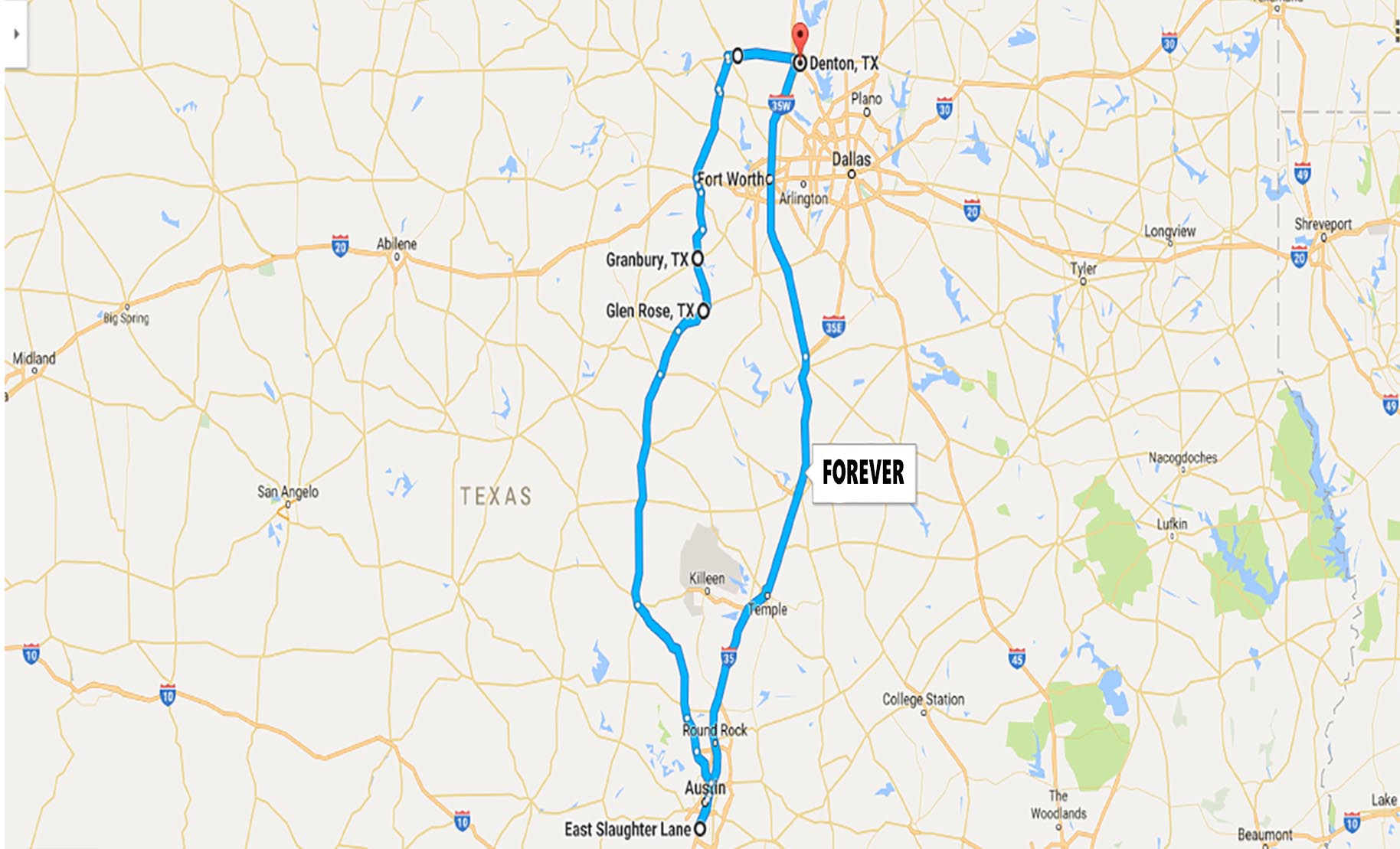 Eventually, we all made it home safe and sound. I had a greater respect for my bike. I learned a couple things on this trip. Being self sufficient is key to riding vintage bikes. If we couldn’t do our own work this trip would have ended a couple miles outside of town. Also, road trips like this are a crucible for your work. If you cut any corners it’ll show up out on the road. Finally, loud pipes may save lives but they’re also LOUD. That chopped down, slinky little bike that’s fun for blasting between bars scaring old ladies is a riot around town, but on a road trip it may be a different story.