So my usual ride, heck, at this point my main mode of transport is a Suzuki GSX1250FA (Bandit) with a lovely 1250cc inline four that makes exactly enough torque. And by exactly I mean way more than I will ever, ever need. I can kit it out with touring stuff, and I can take it off and commute. 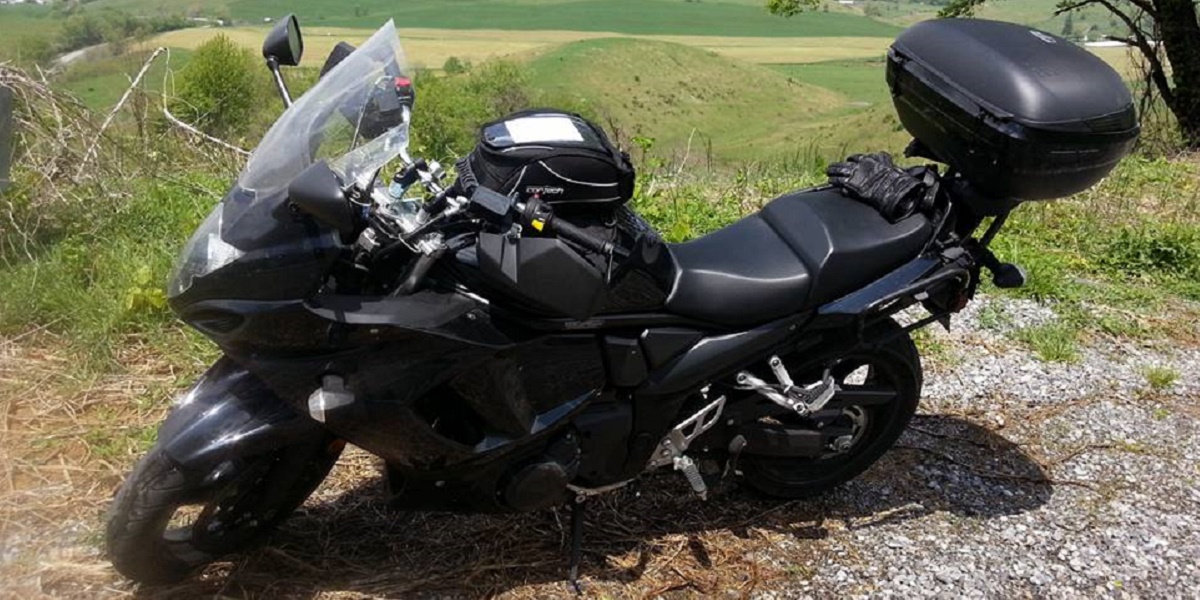 But like any good moto (or car, or guitar, or cat) enthusiast, I always want more. In my case, I want something more nimble than the Bandit. There’s a saying in the bike world that N+1 is the right amount of bikes, with N being the number you currently own. I own two but one is on its way out and I’d like to have something light and fun to toss around to replace my dying Katana, which is as close to a sport bike as I have.

Now with cars, you can just waltz into a dealership, and besides some funny looks for doing an outdated dance, you can just show your license and pretty much test drive anything within reason. With motorcycles, it doesn’t work that way. Usually if you are lucky, and SERIOUSLY looking to buy a bike, they might let you take it around the lot. So for us on two wheels it’s all about the Demo Days. These are days when either the dealership lines up a bunch of bikes to test ride, or a manufacturer arranges a whole bunch to ride. I never tried one until today and I really want to again now. I highly recommend waiting in line a whole bunch for an all too brief ride on something. Also, unlike amusement parks, this is free!

Also note, this demo day you rode in a group behind a leader bike. There’s a whole Reddit joke about leader bikes (look it up, seriously) but in this case it means a factory dude in a high-vis vest. They last about 20 minutes. Not enough to give you a total idea of a bike, but enough to make you want/or not want more. All you need is a motorcycle license (no permits) and long sleeves shirt, pants, boots. Heck you can even borrow a helmet but… ick. 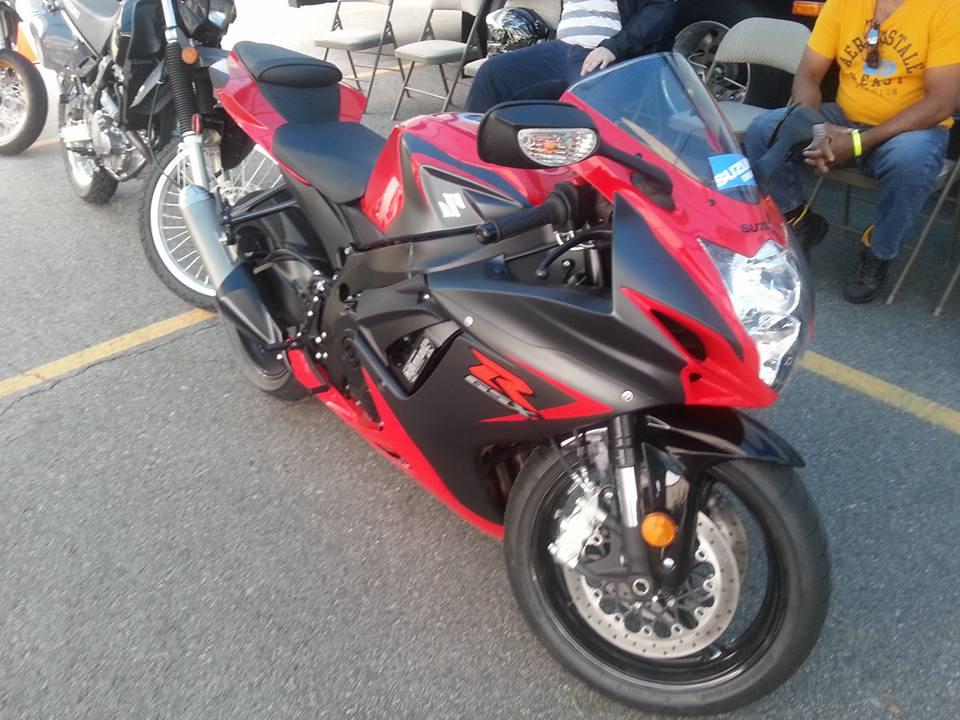 The Gixxer 600 is your entry level sport bike. It’s light, it’s nimble, you can flick it around and it has more than enough power to move you into stupid territory. It’s a great idea if you want to do track days, or be a squid, or just have something light and nimble to play with and go fast. Despite being leaned forward, it really is not at all uncomfortable. You sit forward but the bars are not as low as other sport bikes. I found the throttle to be very controllable, hell, easier than my Bandit. Never once was it jerky or surprising. It has plenty of usable power in the 3000-6000 rpm range for around town. I never got above 8000 on the city streets during the group ride, but I can only assume the fun begins above 10,000 since peak power is at around 13,000. I could easily see riding this around town, and then opening it up in second gear on an on-ramp and be doing over the limit before I hit third/merged into traffic. This is that kind of bike. I may sometimes be that kind of person. Not all the time, but definitely once in a while. It makes noise, but it would make better noise with a non-stock exhaust as most bikes do. It has a seat. I would not ride 200 miles on that seat, but I would easily commute my 50 miles each way on that seat. The brakes were nice and very linear. No surprises grabbing a little or a lot more of the brakes. Having never ridden a real “R” bike before I was intimidated before I rode it, but within a minute I was comfortable and at home. I feel like this is the sensible bike, for when you want to do non-sensible things. 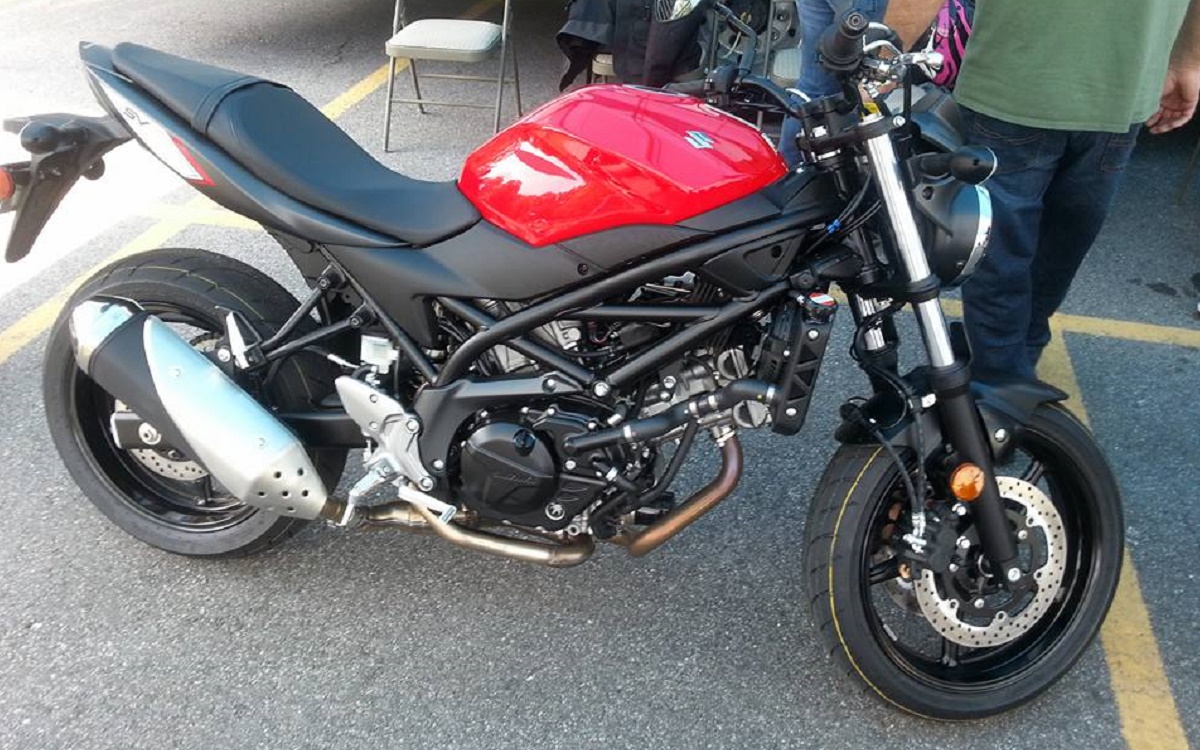 There is no other way around saying this: The Suzuki SV650 is the Mazda Miata of motorcycles.

It’s light, it’s fun, it can easily be at home on a track, it can be ridden daily, it’s relatively cheap, etc. etc. ad nauseam. Along with a Ninja 500, it is also one of the absolute most suggested beginner bikes.

And now I totally get all that and agree with it.

I’ve only sat on a Grom once and never ridden one, but just by sitting on it I wanted to do hooligan things on that tiny Grom. It just had that vibe and personality that makes you do that stupid grin that makes your friends nervous. From the moment I rolled away on the SV I got that smile. I’ve never wheelied, but I REALLY wanted to on the SV. It’s light. It’s upright. It sounds like the happiest little lawnmower in the world that just wants to GO! The redline comes up around 9K or so in an absolute moment. There’s not a ton of acceleration with that, but there a whole lot of GIMME-THE-NEXT-GEAR-LETS-DO-THAT-AGAIN!!! If you’ve never ridden before, you could hop on this and the noise would scare you well before the speed does (unlike most other stock bikes). If you’ve ridden before, you start going “WHEE!!!” inside your helmet. Which is far better than other bikes that make you do that in your pants.

I couldn’t believe how flickable the SV was for being an upright seating position. Usually I associate upright with “well this will take some effort to turn/lean” but nope. I felt like I could put the bike on the exact edge of the pavement on any turn (and I think I did) like I was Rossi or something. I’ve honestly never felt that way on a bike before. I could also bounce it in and out of potholes with abandon. It had brakes. They worked fine. The gearbox was surprisingly smooth for an entry Suzuki. The seat was actually less comfortable than the Gixxer which is kind of surprising but an easy fix. The only thing I didn’t like were the mirrors. I have no idea why Suzuki thought your elbows needed mirrors, but that’s where they are, and what they show. Again, a pretty minor aftermarket fix. All in all, I had a ton of fun on this bike. I get it. I totally get what people say about this bike and it’s true.

Which one would I buy?

Easy. For me it’s the GSXR600. If I bought either of these, it would be as a second bike. I want something fun and flickable, but I also like highway on ramps. As much shit-eating-grin fun as the SV was, I’m listening to the devil on my shoulder here. I could commute or do anything except my long distance stuff on the Gixxer. I also know how to keep bikes under 10,000 RPM, so for me, not a problem. I still feel like I’d have to go kind of Gixxer squid and get a pair of flip flops or something, though I would never wear let alone ride in them.