Many auto manufacturers build more than just cars. Subaru builds small engines for leaf blowers. Mitsubishi builds practically everything under the sun. And BMW, Suzuki, and Honda also build motorcycles. What makes a great car doesn’t usually apply to a bike, so engineers tend to focus on their specific disciplines. But what if they didn’t?

In 1989, Honda introduced the Pacific Coast 800 – a motorcycle for people who don’t ride motorcycles. It’s said that while Honda’s motorcycle engineers laid the groundwork, they gave their automotive engineers the task of putting it all in a friendly package that would appeal to the average Civic or Accord driver, rather than someone cruising along on a VT1100C Shadow or dragging a knee on a CBR1000F. This commercial from 1988 shows that the PC800 wasn’t exactly aimed toward Harley riders.

Though over 7,000 sold in 1989, sales plummeted quickly, leading to the model disappearing from American shores after just two years. That happens when you market a motorcycle to people who don’t ride. The PC800 returned for 1994, but sold even more slowly than before, with less than 500 sold in its final year. I own a 1998 model, one of the last ones ever made.

These days it’s quite common to see crotch rockets or sport touring bikes completely covered in plastic, hiding the innards to achieve better aerodynamics. But in 1989, such use of plastic on a motorcycle was quite rare. American style cruisers and the ubiquitous UJMs hung their inner workings out in the open for all to see. The type of driver-turned-rider that Honda was targeting with the PC800 couldn’t care less about shiny chrome valve covers, so they covered it all up. It looked downright futuristic by contemporary standards, which lead to the PC800 appearing briefly in Back to the Future 2 as literally a bike from the future. 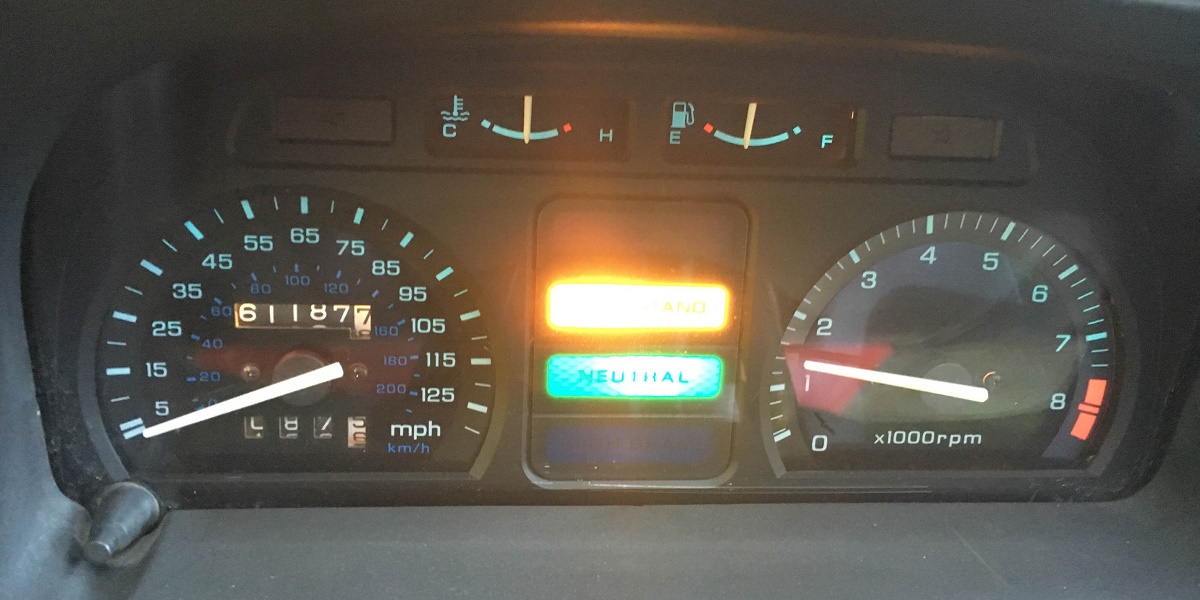 The seat is only 30″ tall, making the PC800 accessible to a wide variety of shapes and sizes of riders. The plastic covering continues here, too, as even the handlebars are covered in it. The gauge cluster looks like it came straight out of a 1989 Civic. The speedometer and tach have swapped sides, the fuel and temperature gauges have rotated a bit, and the car-specific warning lights have been replaced with neutral and kickstand indicators, but any EF Civic driver will feel right at home here. 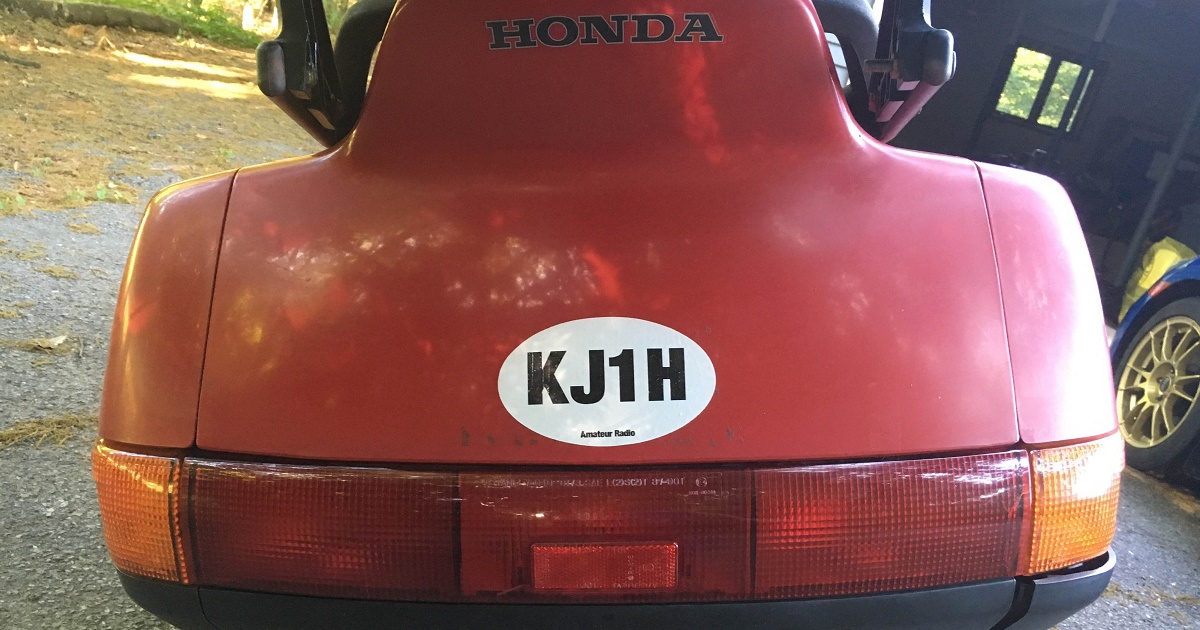 Step around to the back, and the wide wraparound tail light strip bears a striking resemblance to that of the 1989 Accord. Though three bulbs illuminate the whole thing, only the outer two serve as brake lights – again, like a car. 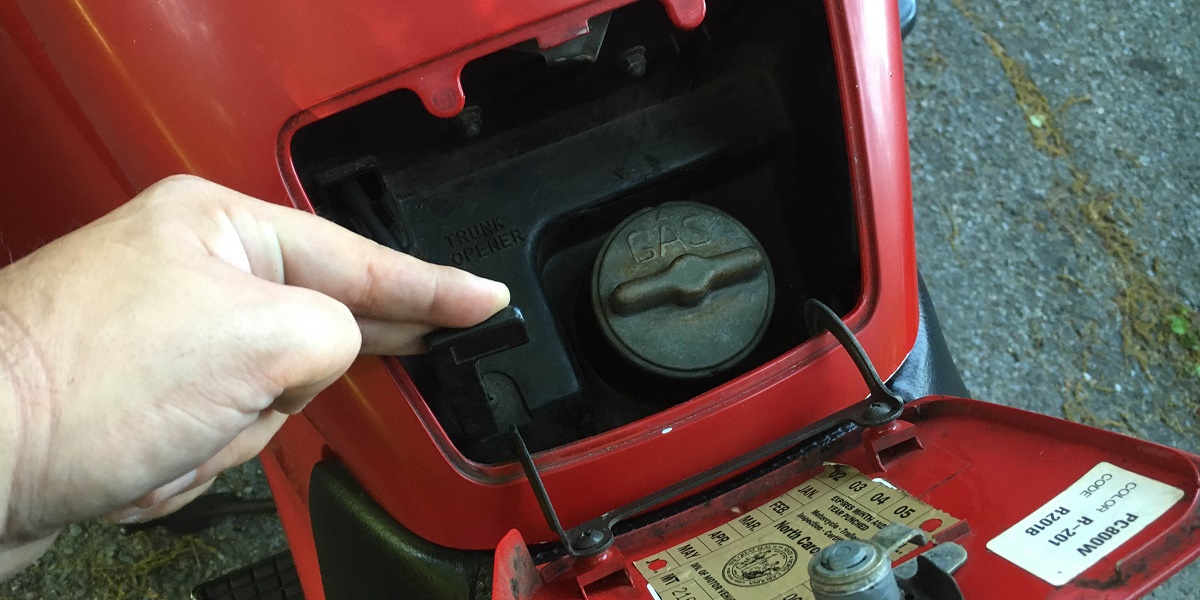 But the coup de grâce is the trunk. The PC800 has an unusually wide butt. When you unlock the gas cap on the “fuel tank” (which is fake – the actual tank is below the seat to keep the weight down low) and pull on a trunk release lever (which, again, looks like it was recycled from a Civic or Accord)…

…the entire top rear of the bike, including the passenger seat, hinges forward just like a car’s trunk lid, revealing two large storage compartments on either side of the rear wheel. These replace traditional saddlebags, and can carry a great deal of cargo. They’re also waterproof thanks to a large overhang from the trunk lid. A previous owner added a Givi top trunk to my bike’s already generous cargo capacity, allowing me to carry everything I needed for a week long tour of New Brunswick and Nova Scotia to ride the Cabot Trail a few years ago. Time, rather than space, prevented me from touring even farther than that. 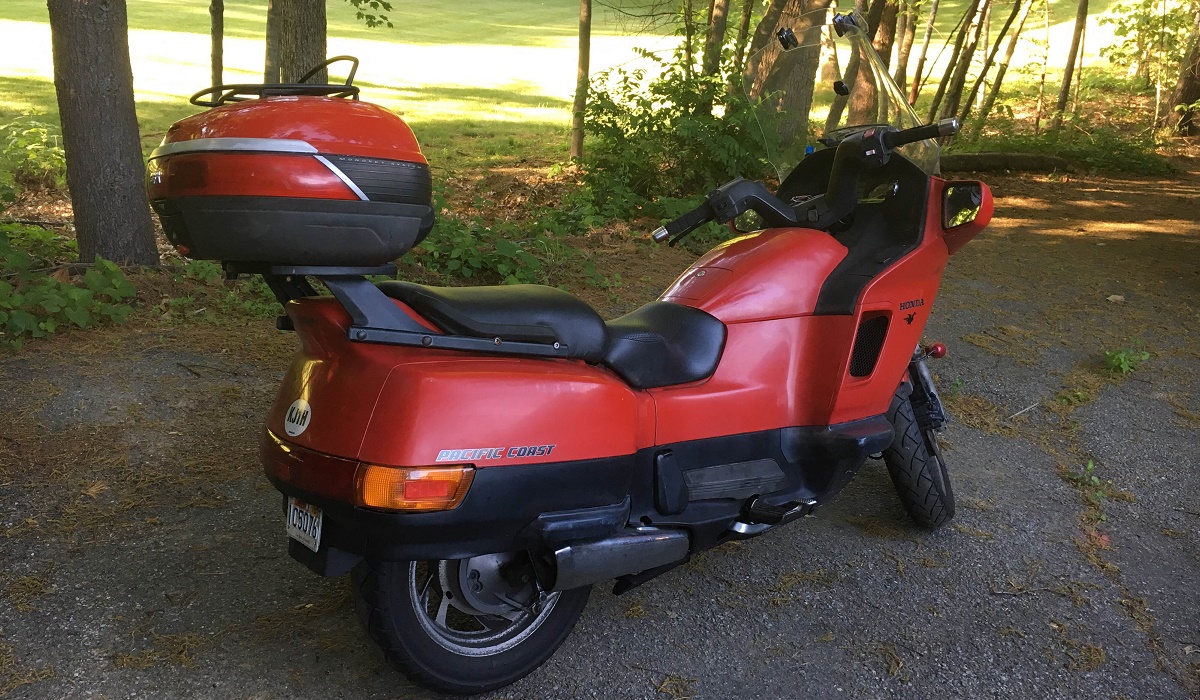 So what’s it like to ride? The PC800 is a unique design that falls most closely into the sport touring segment. But its 800cc motor, sourced from the Shadow VT800, is significantly smaller than the Honda ST1300, BMW R1200RT, and Yamaha FJR1300 that are so popular in this segment. I’m not a particularly fast rider, and while I’ll sometimes use all the power the PC800 can give me up a steep hill or when merging onto a busy highway, I don’t find it lacking at all either. It’s about as smooth as a Harley is not, which is pretty amazing considering that both motors are V-twins. It’s also rather quiet. When you’re in the saddle the bike sounds more like George Jetson’s flying car than a V-twin. Handling is rather good, since most of its roughly 600lbs sits down low in the frame, partly thanks to that low riding gas tank. It’s no sport bike but it’s fairly responsive through the corners. When it’s time to stop, dual discs in front and a drum in back do the job well.

Something you won’t have to do much with the PC800 is maintenance. Many riders enjoy tinkering with their bikes, adjusting and improving them to their own particular specifications. Given the PC800’s intended audience of non-bikers, it has hydraulic valve adjusters, automatic cam chain tensioners, a hydraulic clutch that never needs adjusting, and an electronic ignition. Some of these features aren’t even standard equipment in 2016, never mind in 1989 when the bike was introduced. Shaft drive avoids the tedium of adjusting a chain or belt. And although it relies on a pair of carburetors rather than modern fuel injection, I’ve never had any problem starting it no matter what the temperature.

If I had to compare the PC800 to a modern car, I’d say it’s probably much like a Mazda CX-5. It’s practical, comfortable, easy to ride, and has a good deal of storage space. But when you push it a little, it’s also surprisingly fun – something you don’t necessarily expect given its roots. Perhaps Honda’s motorcycle engineers got the last laugh. Though marketed toward non-riders, the PC800 is packed with enough fun that it might have converted some casual commuters into serious bikers.