Featured image credit: Me, Myself, and Irene

When I’m riding a motorcycle, I often apply skills initially developed for other purposes. For example, I’m a pretty good dancer and being able to control my body on a dance floor helps me with body positioning on a bike. The mental focus I use as a writer helps me maintain the situational awareness that’s needed to ride proficiently.

And then there’s hockey. As a kid I played hockey in driveways and on frozen ponds. As an adult I played a couple pickup games a week and in over-30 summer league. On a few occasions I played in charity games that took place in large arenas prior to professional hockey games.

To be honest, I was never that great a hockey player. One of my hockey buddies likened me to a mosquito because, he reasoned, I was small and annoying and just never gave up. To improve my game, I learned to pay close attention to the guys who were better hockey players than I was. One good place to do that, and coincidentally a place where I spent a fair amount of time, was on the bench. In fact, it was on the bench that I developed a skill, learned by observing my teammates, which eventually proved highly beneficial to me while riding a motorcycle.

Jump forward to a warm summer morning. I left my home in Western Massachusetts at first light, observed the Fifty Mile Rule and rode to Vermont for a diner breakfast of eggs, bacon and coffee. With carb and caffeine levels suitably elevated, I began working my way south, more or less, toward home.

Route 67 runs smooth and easy along the Quaboag River. On this lovely Sunday morning I had cracked open my visor a bit to let the warm breeze in. As it turned out, it wasn’t only the breeze that came into my helmet. An insect of undetermined species got swept into the airflow, slipped through that narrow opening under my visor, and embedded itself in my right nostril.

The bugger was BIG and wedged deeply in the dark, unfamiliar confines of my proboscis. It buzzed around with so much intensity it reverberated inside my head. Agitated and enraged, that insect wanted out of my nose – now!

To make that happen, I channeled my inner hockey player. Flipping up my visor and using the snot-removal technique I perfected on a hockey bench, I covered my left nostril with my left thumb and exhaled sharply. The uninvited visitor, lubricated by a helping of nose juice, erupted like a bullet from my nose.

I assume it flew on its merry way, perhaps back to the hive to share this harrowing tale with others of its species. (“And then it shot me out of that cave like a cannonball in a hail of coffee breath and mucous!”)

The entire in-the-nose-and-gone scenario played out in a few seconds. I never took my hand off the throttle or my eyes off the road. I continued riding south, smooth and easy on Route 67, and arrived home in time for lunch.

May skills you developed for other purposes find useful applications when you’re riding a motorcycle. 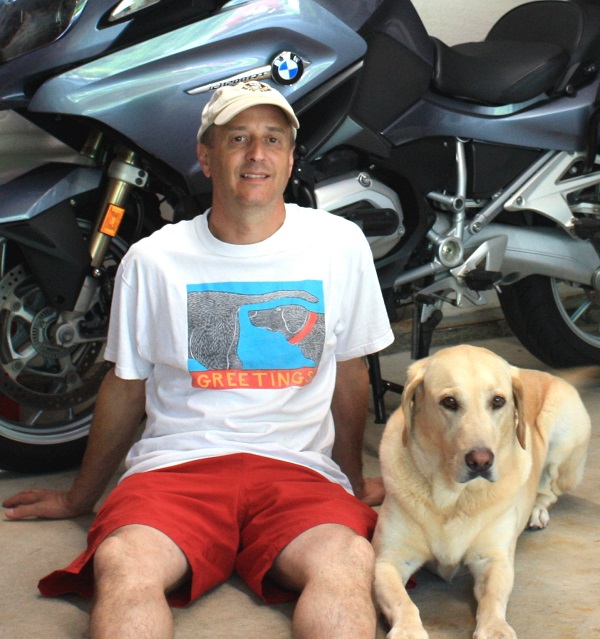 Scott ‘Bones’ Williams is a rider, writer and thinker from Wilbraham, MA. You can read more on his web site at MotoBones.com.